Fans who loved Neuromancer, Inception, and the Matrix… 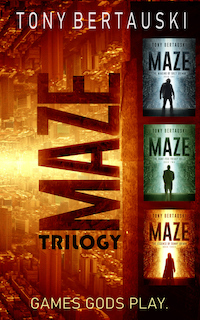 The entire Maze trilogy drops into rabbit holes of alternate realities. How do we know we’re awake? And why are we asleep?

BOOK 1. Grey Grimm straps on the punch. His mother, Sunny Grimm, finds his body in the bedroom. His mind is in the Maze. She’ll do anything to save him. And find those who are responsible.

BOOK 2. Freddy Bills is the detective who worked the Grey Grimm case. Now retired, clues from the case have returned. Someone is leading him to find something or someone. He doesn’t know what he’s looking for. Or why.

BOOK 3. When one of the creators of the Maze vanishes, panic grips the others. What Micah believed was impossible is now a reality. The Maze is unstable. But clues will lead him to discover the beginning of a very long journey.

And the ending is just the beginning.

WHAT THE REVIEWERS SAY ABOUT THE MAZE…

“I’m going to have to read every other book and short story he has written.”

“Very well written and the characters are amazing. It will make question your reality.”

“…masterfully brings together at the end”

“This book is one craziness of a ride.”

“Well worth reading, difficult to put down.”

“If you’ve not yet read any of Bertauski’s books, this is a superb one to start with!”

“This book is brilliant!”

“Bertauski has done it again!! I’m afraid to watch video games or use virtual reality now.” 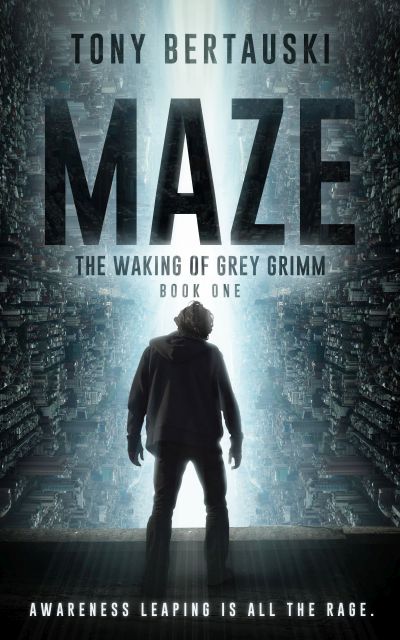 Sunny Grimm found her son with a strap around his head.

An infamous symbol is embossed between his eyes, one that people only whisper about—the mark of awareness leaping. Where players launch into virtual realities. Where anything goes and investors make millions.

Critics, however, refuse to call it a game.

They argue that reality confusion will be the end of humanity. Still, there are many who play because the rewards are great. But the risks are steep and few ever win.

Sunny goes on a mad search for her son and the people responsible for allowing him to play. She knows the Maze is more than a game but she doesn’t care. She only wants her son back.

Will she lose herself in the search? 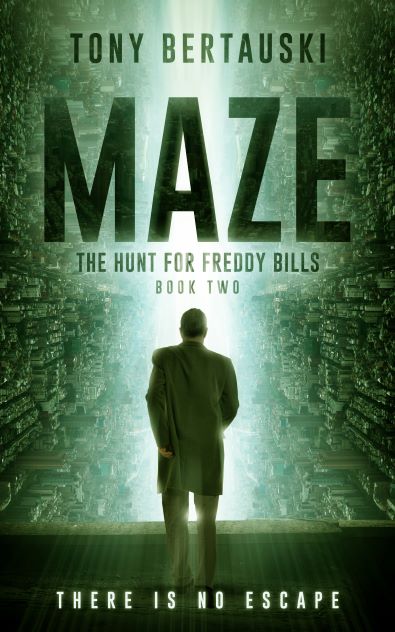 The Maze is legal.

Freddy Bills is retired. Back in the day, he was fishing people out unreality tanks and pulling needles out of their heads. That was when it was against the law. Now everyone is doing it, including him. In fact, he dreamstitches unrealities for droppers to ride. He’s one of the best. His plans were to fade into retirement, just him and his dog.

That was before someone from his past appeared.

A string of clues leads him to dig up a past long buried and forgotten. As evidence mounts, he learns the truth about the Maze and it’s true purpose. There’s no escaping his past or future. He was destined to solve the Maze.

He just has to figure out why. 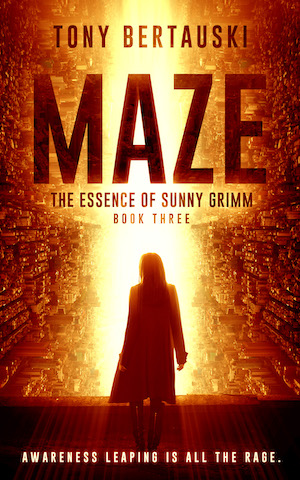 A name was tattooed on his finger.

Marcus woke in a cell. No memory of how he got there or what his name was. Just a tattoo. There were others like him. They called this place unreality. They told him this was where someone was hiding him.

Clues lead him on a journey in search of who he is, who he was, and why someone did this to him. Each time he finds someone connected to a mysterious symbol, something inconceivable happens. Something even the people who live in unreality can’t explain.

Micah and the investors built the Maze, a massive alternate reality that feeds on the players who enter. But now someone is pursuing them. One by one, the investors begin to vanish.

When clues are left behind, Micah suspects who it is that’s taking them. It’s someone from a game played long ago and a promise she made. He believes she wants to avenge all those responsible for what they did to her. And her son. But she wants something much more than to destroy the Maze. He must stop her before all hope is lost. He thought she was dead. But he was wrong.

She was only waiting.