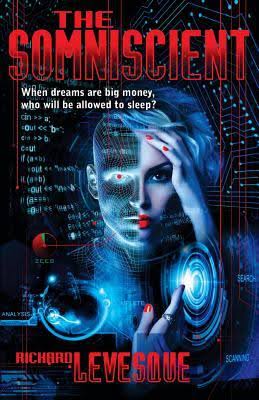 I must go through half a dozen books before I stick with one. The Somnisicent is one of them.

The topic jibes with what I like–consciousness and futuristic technology. Levesque does a nice job of keeping the plot moving forward, good pace and imagination.

It’s pretty clear why Sanderson has so many fans. It’s world-building at its finest.

The mythology and rules are logical and well laid out. The story unfolds nicely with a decent enough turn at the end.

I didn’t find Sanderson’s wordsmithing to be on par with the his world building but it didn’t have to be. If epic fantasy is your gig, this is a ride you want to take. And it’s just the first book.

I’ve been turned onto Sanderson.

I think his work has been waiting on my account for over a year. The reviews of his work are like nothing I’ve ever seen. I mean, the volume is staggering, not to mention the high ratings. So it’s about time I get to it.

The problem is the size.

His books are big enough to change a spare tire. And given the snail’s pace that I read, I’ve been reluctant. Nonetheless.

At the urging of a friend, I started Mistborn. Oddly enough, the paperback was cheaper than the Kindle version. So I’m reading good old tree for the first time in a while. It’s fantasy instead of sci-fi, which is also a first in quite some time.

I’m probably 8 weeks in now. Two things. He’s an amazing world builder. That’s clear right up front. That’s what makes him so popular. However, the writing isn’t particularly creative. By that, I mean, I’m missing out on the elevated use of language and metaphor. For instance, I’ve lost count how many times characters nodded, smiled, nodded, smiled, shook their head. Not a dealbreaker, just something I don’t prefer.

Nonetheless, I’m a few hundred pages into the book at the time of writing this and finally felt the hook set. I couldn’t put the book down last night. If this keeps up, there’s a long adventure ahead.

I love good voice in writing. Masters of metaphor and creative wordplay, a story that keeps me guessing, too. I’m particular, more likely to put a book down. It might take me months to finish, but I’ll get there.